Here’s a Heads Up for the 4th. On the Killer Character blog, where I post on the 4th of every month, I’ll be giving away a large print edition of the second Fat Cat book in July. I only have one to give away, but I’d love for YOU to win it! Look for this link on Monday.
http://www.killercharacters.com/2016/06/a-firecracker-of-giveaway.html 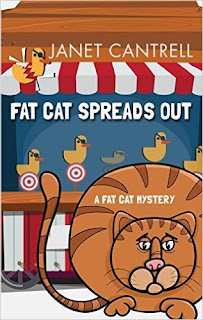 I was surprised to see that today is a celebration of Widows. What would be appropriate for that day, as far as celebrating goes? I doubt Anna Larson, the business partner of Chase Oliver in the Fat Cat books, would want to celebrate being a widow. She loved her husband very much.

He has been gone for a good many years, though, and by the time the third book takes place, romantic things are happening for her. 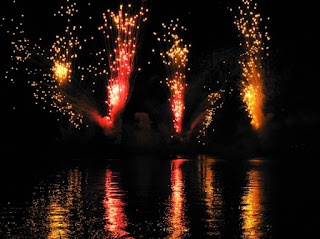 But back to my question. What do you think of when you hear the word “widow?” I think of the biblical command to care for the orphans and widows. That would paint them as unfortunate beings. I’m sure that’s sometimes true, and many times not true. But, hey, all kinds of people are fortunate and unfortunate.

The only way I can think to celebrate this is for women everywhere to continue to advocate for the rights of women everywhere, including widows in that scope. We women in the US might also take a moment to be grateful we live in a country where things are at least a little more equal for us. 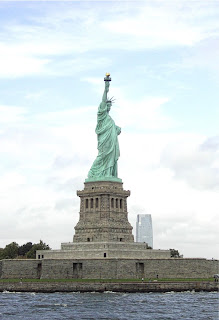 And, if you’re curious about how Anna is faring, check out FAT CAT TAKES THE CAKE. You can find it in bookstores, libraries, and online.

PS. I find this everywhere without any apostrophe. Oh well.
Posted by Janet Cantrell at 1:00 AM No comments: 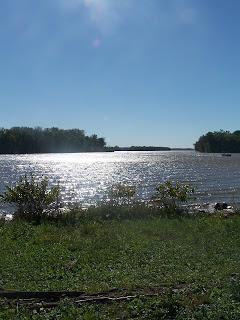 June is National Rivers Month, a month set aside to celebrate our nation’s waterways. I’d like to talk about the most important one for me, the Mississippi.

I grew up in Moline, Illinois, and could see the river from our back porch. We occasionally swam in the sloughs, the backwaters that occurred along the river. It probably wasn’t a particularly safe thing to do. But much safer than swimming in the river, proper. It was well known that tunnels and caves were at the bottom of the river and currents could suck you into them. Whether or not that was true, I don’t know, but it was well known.

A neighboring river that fed into the Mississippi, the Rock River, was much calmer and safer and was where people boated and water skied in the summer.

Growing up so close to a major body of water, I’ve always been fond of rivers and have an almost emotional attachment to the Muddy Mississippi. That’s why, when I got the contract for the Fat Cat books and learned they were to be set in Minneapolis, I was delighted that I could include my old friend, the river.

Here’s a scene from the first book after Chase has ridden her bike to the bridge over the river:

***
The sight of the Mighty Mississippi always calmed her. She stopped, straddling her bike for a few moments, watching the progress of the water that was near the beginning of its two-thousand-mile journey. When she was a child, she’d floated paper boats on its surface, then imagined their trip, picturing them making it all the way to New Orleans. Now that she was an adult, she knew a piece of paper would never make it that far. Still, she could imagine the voyage. She took a deep breath of the clear, crisp-tasting air over the cool water and pedaled to the shop, renewed and ready for another long day.
***

I never actually floated paper boats on the river, but in books that I read, kids did. I should have, so I had Chase do it.

This is a familiar scene from my childhood, a river barge. 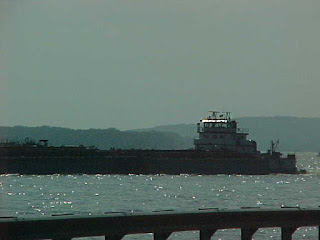 I included another short passage, after Chase and Julie have biked there in the third book:

***
When they reached the middle, they stopped to watch the river. Chase always felt something switch on inside her soul, something that glowed with a serene light, when she stood and gazed at the peaceful Mississippi as it flowed beneath her.
***

Now that’s something I’ve done a lot, at many rivers. Doesn’t it seem like people have connections to water? Mine is to rivers and streams.

A Simple Thank You

To the hundreds of fans who signed up for one of the 20 giveaway books, thank you so much. You are ALL awesome! I will be sending out the books ASAP and I hope you enjoy FAT CAT TAKES THE CAKE! Because YOU take the cake! 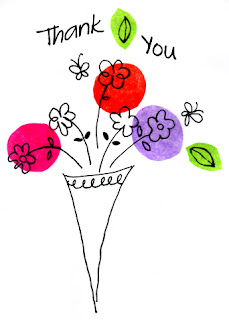 PS. Stay tuned for another giveaway pretty soon.
Posted by Janet Cantrell at 1:00 AM 2 comments: